The original strain of Majestic's go back 8 generations and trace back to 3 foundation hounds, Amos, Fancy and Ruby. They were Lee Brothers strain of English that showed more Bloodhound influence and English Brighton Bloodhound, a great working strain of Bloodhound.
All 3 hounds were trained and proven before being used in a breeding program. Amos lived to age 13 1/2 and treed over 1600 coon. Ruby lived over 12 years and treed over 1300 coon while Fancy lived to over 12 yr.s and treed over 1200 coon.
An outstanding 2nd generation stud was Buster. He produced many outstanding coon and big game hounds. Buster lived beyond 12 years of age and treed well over 1200 coon.
A great 3rd  generation stud was Sherlock. He was one of the most exciting tree hounds ever. His tremendous fog horn brawl mouth could be heard for miles around and would put a tingle in your back. He produced many truly great lion and bear hounds.
One of the prominent 4th generation studs was Smokey, a solid tree dog and cooner. He produce many outstanding lion and big game hounds.
The list goes on and on to the present. It should be noted that the original Lee brothers & English Bloodhound mating's were not true hybrid type crosses because the sires and dams had more similarities than differences. For example; size, voice, temperament and natural trailing ability. The dams were from many generations of treeing stock while the bloodhounds had the intelligence to acquire the trait.
If you look closely at most of the other Coonhound breeds, you will find that they do not breed to a strict standard. There are large differences in size, type, voice, temperament and hunting style. The only common trait maybe color. 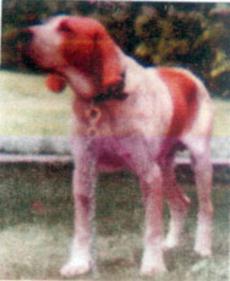 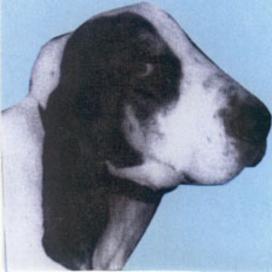 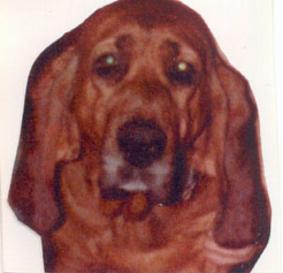 ​"A Superior Hound for Hunting Coon and Big Game"